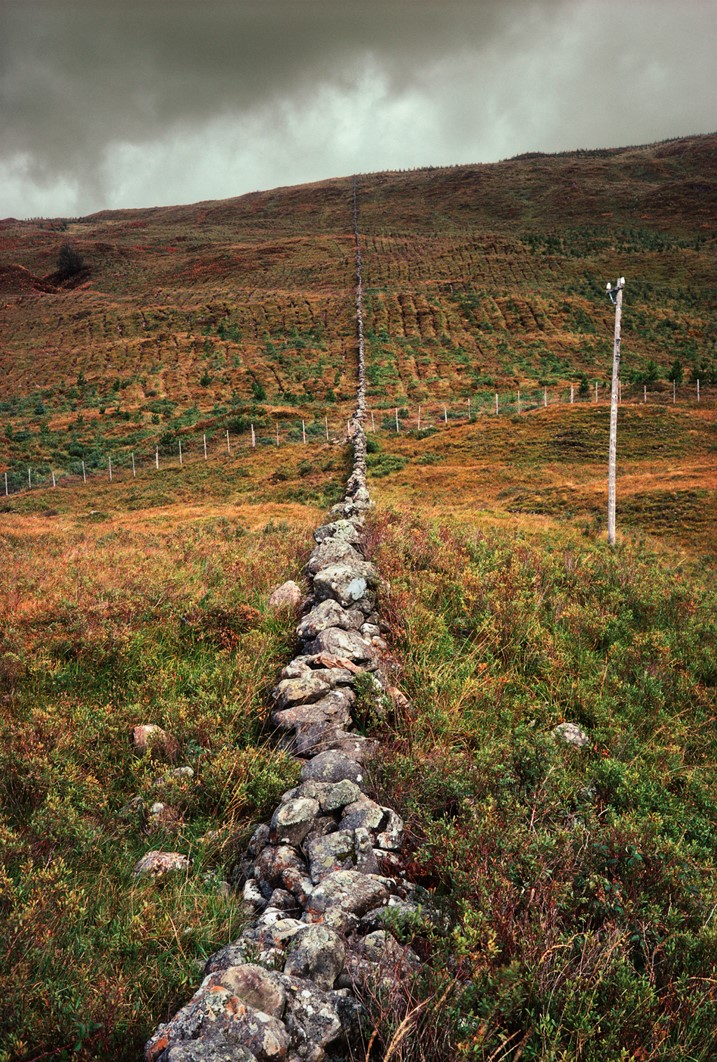 “Spirn is a philosopher artist and looks for metaphor and idea in her images of the natural environment. There are no humans in her shots, only traces of their presence: a rugged stone wall in the Scottish Highlands, a rotting barn spilling sand from its cavernous mouth. Each tells a story. It's “a condensed telling,” as she puts it, like poetry. And each image, she says, poses questions: How did it get this way, and what might it become?” Christian Science Monitor

This exhibition is an invitation to look: to see puzzles in the natural and the built environment, to discover clues. One by one, in pairs and groups, viewed as a whole, the photographs assembled here tell stories about how and why landscapes are formed, inhabited, abandoned, and transformed. They pose questions: What is this landscape? How did it come to be? What does it mean? What will happen next? Close observation helps to refine the questions, reveals some answers, and raises further questions.

Each photographer chooses a different point of departure. Anne Whiston Spirn focuses on significant details -- patterns of structure, shape, and color -- as clues to deciphering the processes that shape landscapes of garden and region, of the Earth itself.

Camilo Jose Vergara records the progressive decay and intermittent regeneration of post-industrial American cities, their buildings, streets, and neighborhoods. He uses his camera to document and understand these urban landscapes, the social and political forces that shape them, and the impact on those who live there.

In an airplane, hundreds of feet above the ground, Alex MacLean searches for stories writ large. He finds them in pathways, gateways, boundaries, and the territories they define.

Close observation, a hallmark of research in natural history, is just as important in everyday life. To look at landscape in terms of the processes that shape them is to see in the present artifacts of the past and portents of the future. To see is to know, to know is to recognize, and to recognize is to be moved, perhaps to act.

The exhibition was organized by the Harvard Natural History Museum (April 2006-January 2007) and was also shown at the New York Hall of Science (April-May 2007).