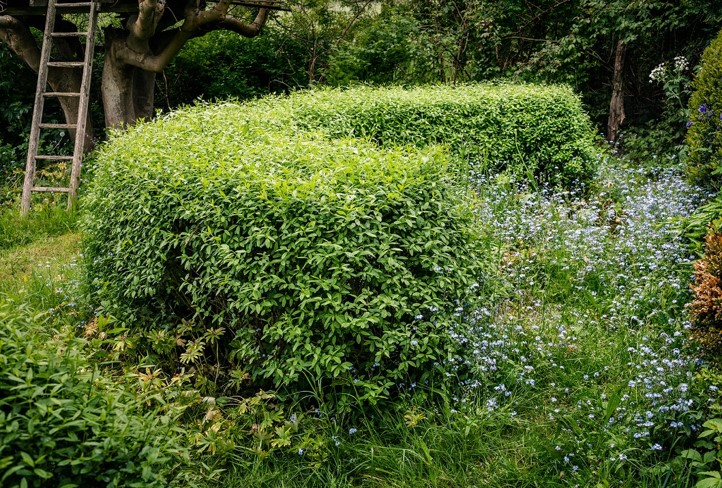 Watch Film Read About It Read An Essay

Imagine a fairy tale in the form of a garden. The story is full of allusion and allegory, of journeys and homecomings, of animals and plants who engage the gardener in dialogue. The fable begins with a young man’s inheritance: a small, open field and tiny, half-timbered farmhouse. He plants 600 hawthorns to form seven garden rooms, each room a realm enclosed by living walls and open to the sky. In the largest space, he shapes a group of trees, first into eggs, then, as they grow, into ten-foot hens.

The author of this garden tale is Sven-Ingvar Andersson, the H. C. Andersen of landscape literature. In 1967, two years after planting the garden at Marnas, he wrote the classic “Letter from My Henyard” in which the young gardener dreams of himself as an old man: too weak to hold the shears and clamber up ladders, he sits beneath a grove of hawthorn. All that he shaped has disintegrated, but he is satisfied. Clipped hedges and hens transform into a grove of trees: a restoration of the natural order.

I have been photographing this garden and its landscape context since 1990, following its evolution up to Sven-Ingvar’s death in 2007 and since. I goaded him into writing a book on the garden, which he finished the month before he died, by threatening to write a book about Marnas myself. I created a film and website about Marnas instead.