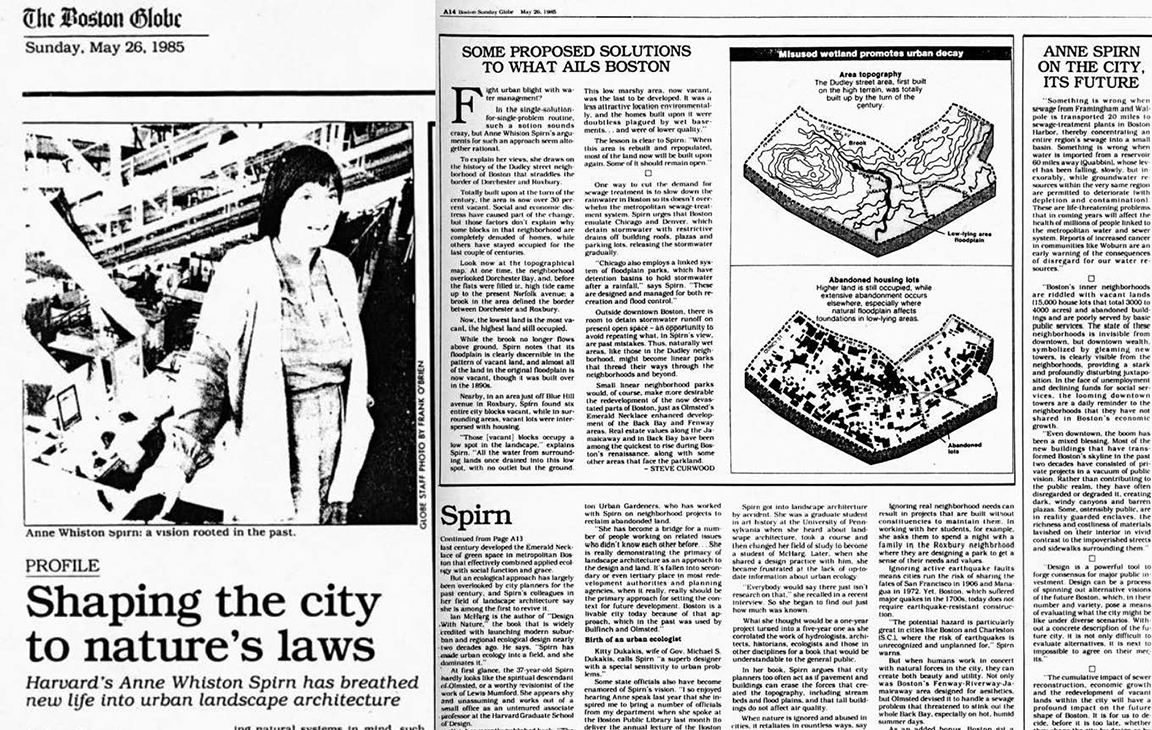 “If cities are to be healthful, vital, and delightful places, they must be considered part of the natural environment. So says Harvard’s Anne Whiston Spirn, a pioneer in the field of urban ecology and one of the most acclaimed visionaries to emerge in America this generation.” Steve Curwood, Boston Globe

Reclaiming Common Ground opened up a new approach to urban design and planning, one that exploits urban vacant land as a resource and links community development in inner-city neighborhoods with environmental restoration. Built designs for neighborhood open space were catalysts for community development, which, today, are local landmarks. The larger vision helped launch, sustain, and advance public dialogue, which changed the course of Boston’s future and laid the foundations for the Shrinking Cities and green infrastructure/CSO movements that came into vogue twenty years later.

The ideas first proposed here were more fully fleshed out in the West Philadelphia Landscape Project (WPLP) and are now being realized in Philadelphia and other cities more than thirty years later.